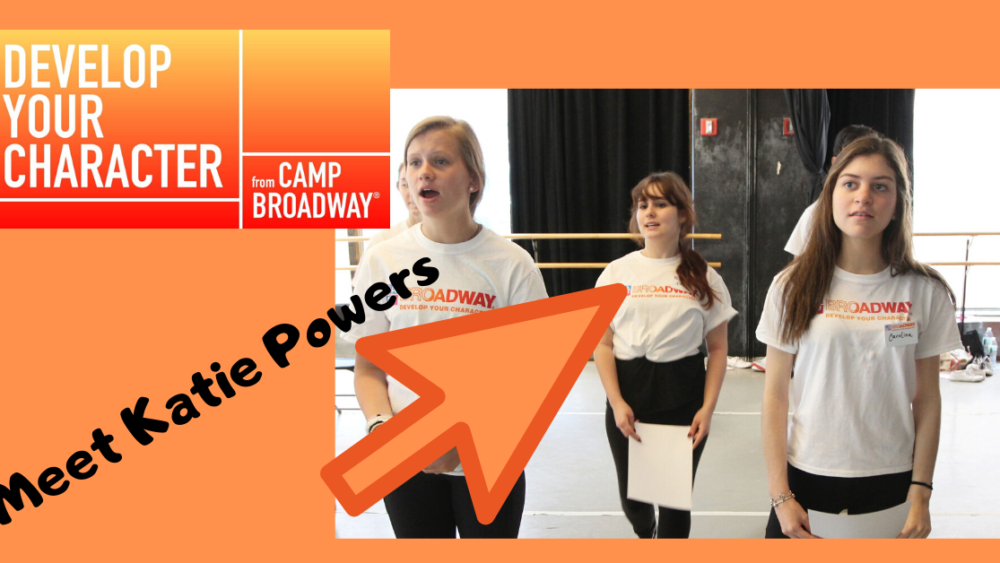 Katie Powers is a Camp Broadway alum who recently began her Broadway career working as a costumer on Rock of Ages. In our most current blog post, Katie shares her Camp Broadway experience and how it turned her into the professional she is today! 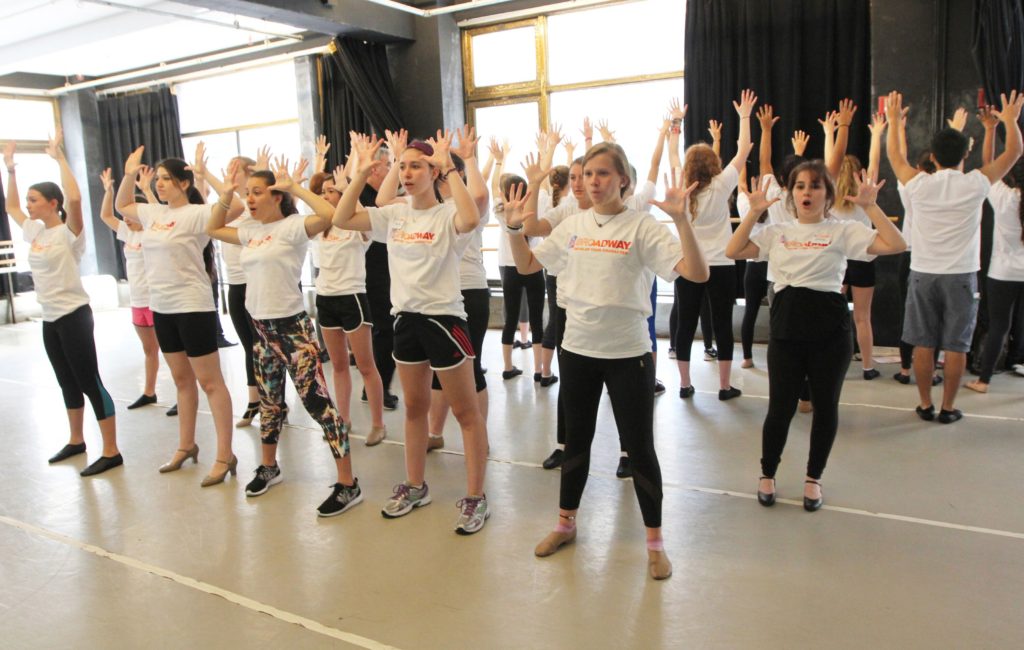 I quite literally grew up at Camp Broadway attending the week long programs in New York City each summer from 2007 to 2017. I was fortunate enough to experience all three camps offered; Shining Stars, Mainstage, and The Next Step, plus participated as part of the Camp Broadway Kids Ensemble. Before attending camp, I had taken part in the few musical theatre classes that were available to me while growing up in Arizona, but I found them lacking in authenticity. Understanding that the best way to get an authentic experience is to go to the source itself, my mom signed me up for my first summer with Camp Broadway!

At Camp Broadway, I found the authenticity I was looking for and knew I was being prepared for what I wanted to do. First of all, we rehearsed in the exact same studios as the real Broadway shows! You can’t get much more authentic than that! I am very thankful that I was able to become familiar with these studio spaces as well as the hours real professionals work with so early in my life. It’s nice to go to work in an area you already regard as a home.

Camp Broadway gave me my first experience putting together a fully cohesive story, as opposed to a few song-and-dance strung together. Two years as a Shining Star introduced me to the importance of the ensemble, the foundation that musical theatre is built upon. During camp, there was no competition for roles. We came to understand how to function as a group of unique individuals with their own strengths and weaknesses coming together to tell a story.

These lessons came in even more abundance once I was old enough to enroll in Mainstage where the real work begins. Camp Broadway, especially in the case of Mainstage, is not summer babysitting while Mom and Dad go to work. The week the campers spend at Camp Broadway Mainstage is work. It is fun work, rewarding work, work I would look forward to with anticipation all year, but work nonetheless. Learning a whole show in time for the Family Finale at the end of the week requires campers to exercise our bodies, our minds, and our creativity. At the end of the week, campers and parents alike are impressed at what we are able to accomplish in such a short amount of time and it all comes down to the hard work and dedication asked of the extraordinary kids. The week also provided a safe place to explore your abilities and to make mistakes. Throughout my time in Mainstage and after continuing to The Next Step, I learned to persist in the face of frustration and fear. I learned that criticism is constructive and offered by those who care about me so that I can refine my work. I was taught to make bold mistakes and to learn from them. I had found that theatre is a collaboration and to take inspiration from those around me who have strengths where I have weaknesses. These are all skills that I use in my professional life in wardrobe in costume design.

As a child, I had dreams of performing on a Broadway stage. However, after seven years of training to do just that I realized I was unhappy. I knew that I wanted to work in theatre but not as a performer. I am so thankful that Camp Broadway had always made it a priority to showcase all sides of the theatre business. In addition to summer camps, I also participated in the Camp Broadway Kids Ensemble. This audition-based ensemble, comprised of performing-loving kids from all over the country, is featured frequently at special events throughout the year including the New York Pops Annual Birthday Gala at Carnegie Hall. During rehearsals for this star-studded event, Camp Broadway organized an industry workshop that had opened my eyes to the fact that I could work on Broadway doing what I REALLY loved; sewing. 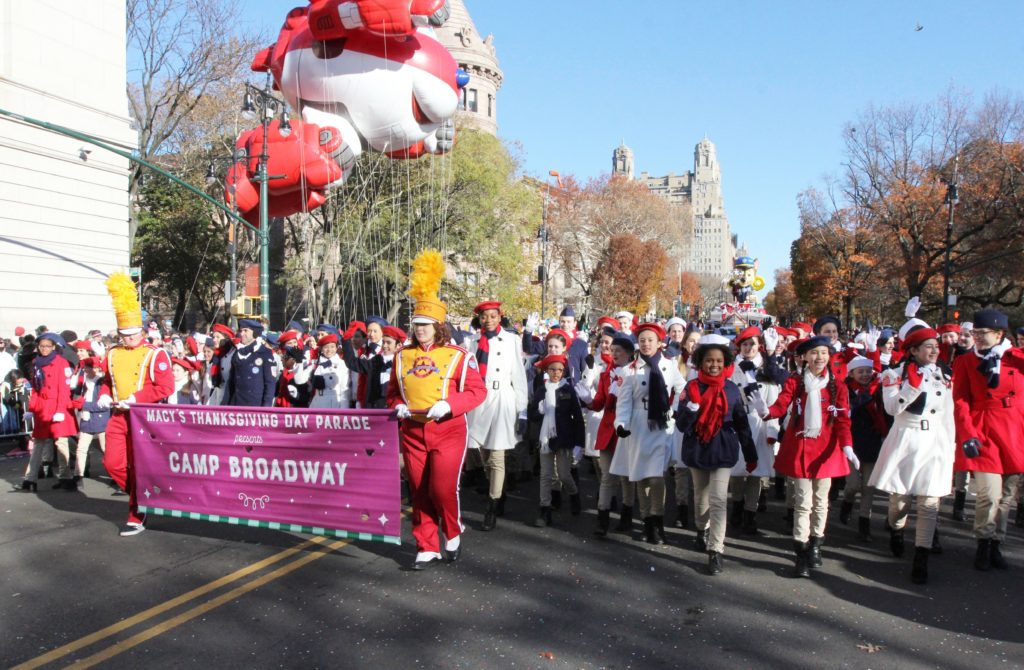 Fast-forward a few years and the Camp Broadway team was there to support me when I was ready to work. After aging out of the Camp Broadway programs, I was generously offered a position as the costume intern for the Camp Broadway Kids Ensemble appearance in the Macy’s Thanksgiving Day Parade in November of 2017. It was here that I was able to demonstrate the skills that camp had fostered. I worked hard and without complaints. I persisted in the face of unexpected costuming crises and used quick thinking and cooperation to solve them. Most of all I learned others appreciate seeing these skills in you and come to trust your abilities. Camp Broadway taught me to be kind and connect with everyone I work with to build strong relationships. These concepts are so important as professional theatre is a close-knit community; nurture it and it will nurture you. 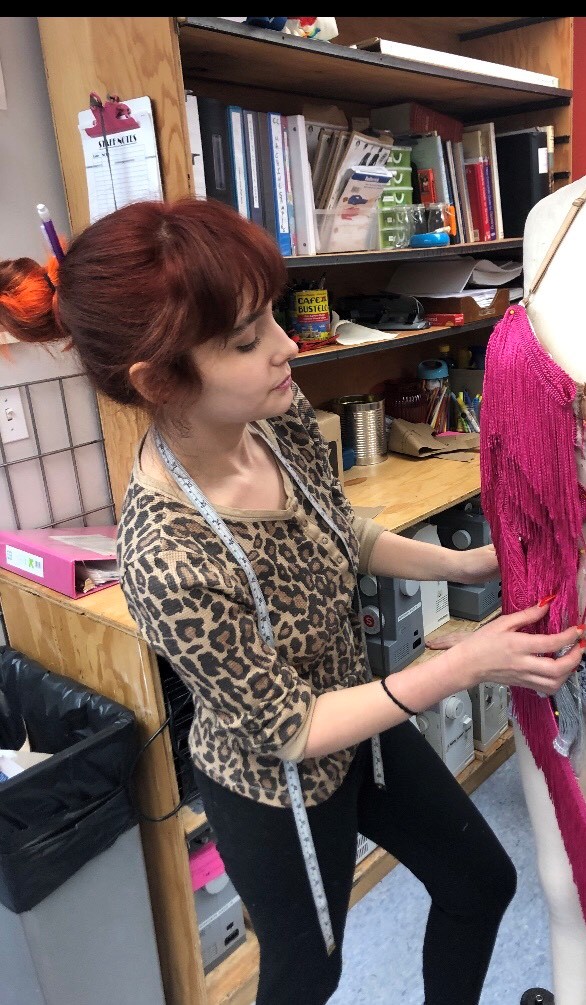 I am so very thankful for the 11 summers I spent as a Camp Broadway Kid. These many weeks ensured that the summers of my childhood were steeped in the world of musical theatre. This time in my life was essential in preparing me for a career in professional theatre and introduced me to my passion in life. The lessons I learned from the choreographers, music directors, leading players, and my fellow campers are invaluable to my career in professional theatre today. I am very proud to be working with Camp Broadway as an adult, and I hope that I am doing my part to prepare the next generation of theatre lovers!