Nothing is better than a group number! Whether it’s a stellar opening, and heart-racing eleven o’clock number, or an intense closing, a group number is everybody’s favorite. These are our top ten group numbers from Broadway.

This number is absolutely breathtaking! While you won’t be able to understand at least 50% of it (unless you speak Swahili!), it still speaks to you. The excitement of seeing one of the best Broadway shows and the birth of Prince Simba gets your heart pumping and ready for the show!

9. “Everybody Say Yeah” from Kinky Boots

Who doesn’t love Kinky Boots? It’s an uplifting show about breaking through barriers and becoming a more accepting person. A huge group number involving fabulous boots, incredible riffs, and treadmills definitely takes the cake! “Everybody Say Yeah” is a song about celebrating and overcoming the impossible. Also, Billy Porter, 2013 Tony Award winner for Best Actor in a musical, is in it-which is a major plus!

Wicked is an emotional show filled with fun and fantastic songs! “Thank Goodness” is the group number that really captures attention! It opens the second act and catching the audience up with the years that flew by during the fifteen-minute intermission. Galinda (the GA is silent) has such raw emotion that really shows how she truly feels about the whole “Wicked Witch of the West” situation, despite the fact that she’s trying to keep a happy face in front of her adoring public. It’s definitely one way to create tears at the beginning of act two, not something usually done!

Adults acting like children? YES PLEASE! The fact that we see a bunch of adorable cuties pretending to be younger cuties really makes this number spectacular. (I mean Jesse Tyler Ferguson in a cape…how could you not love it?) Something else that makes this number sparkle is that it communicates real child frustration…just using adult words (yes, that means swears!). The title of the song describes the choreography and blocking perfectly. It’s total chaos! Children running around the stage, belting about their prepubescent problems, and breaking the peace of the competition to show inner and outer conflict really get the point across!

Anything from Legally Blonde: the Musical is automatically great, so picking the best group number from the show was a toughie. It was a tough decision between “Gay or European” but you just can’t ignore the wonderful inspiring words sung by Vivian in the reprise of Legally Blonde! Also, there’s a whole parade in this number, and who doesn’t love parades? But it’s really the fact that an enemy at the beginning of the show turns into a great friend by helping out Elle regain her much needed confidence.

We all love the complete dork characters in Book of Mormon! Seriously, they are so adorable. But what we love more is their cheesy, over-excited, very silly dance moves as they discover what country they’ll travel to on their mission trips! The high fives and massive smiles make us want to smile for them, but we can’t stop laughing when they really throw themselves into those ridiculous dance moves! There is really nothing like that kind of choreography.

4. “You Can’t Stop the Beat” from Hairspray

In 2003, Hairspray opened on Broadway and created uproar in the Broadway community-and for a good reason, too! Bright colors, fun music, and incredible dancing were exactly what was needed on the stage at that time. When people think of a stereotypical Broadway musical, Hairspray is usually the first show to pop up! Specifically, the show-stopping ending number “You Can’t Stop the Beat”. It’s the finale that really ties up all loose ends. Every character gets what they deserve, whether their dreams come true or come crashing down around them. Bonus, it all happens in a super fun dance number!

3. “King of New York” from Newsies

Tap dancing is impressive all by itself, but when you mix it with twenty insanely gorgeous boys (and one spectacular girl), the number is a winner! That’s exactly what happens in “King of New York”. Opening the second act, it puts hope back into the young boys of the 1899 Newsboys Strike (an actual event that happened!). They dream of the day when they get free things because their mug was slapped on the front page of The New York Sun-above the fold! Of course, this is also a victory for Miss Katherine Plumber, the reporter trying to slide out of the entertainment section and into news and facts. The energy in this number is incredible and leaves the audience pumped for the rest of the show.

2. “One Day More” from Les Miserables

There is always that one number in a show that leaves you absolutely thrilled and filled with chills-“One Day More” is that number in the legendary Les Miserables. If you haven’t yet, check out the 2014 Tony Award performance of this song because it’s simply spectacular! It bleeds hope (pun intended) and determination. They’re marching into war to fight for their independence against the French monarchy (more specifically, Javert!) The strength they have is heard in the strong vocals and layers as they prepare to fight for their rights and lives. It’s an absolutely beautiful piece and really fun to perform!

Let’s be honest, did you expect anything different? RENT is regarded as one of the best of the newer (and edgier) musicals that have been emerging. This song is about rebelling and not being afraid to shout what you really love to the rooftops. There is so much truth and raw honesty about the lifestyles of the people. For example, “hating dear old mom and dad” is something every young adult feels at one point or another, as well as “being an us for once, instead of a ‘them!’” This quote is about feeling like outsiders until you finally realize who you’re friends are and you’re not an outsider anymore, but one collective group. I feel like it’s a song that really helps young people realize that what they feel, think, and like is all-natural and it’s okay to like those things. Being different isn’t being different, it’s being normal.

These songs are all utterly wonderful and there are so many other numbers out there that make hearts sing with joy! Which are your favorites? Comment, tweet, share, your opinion with us, we’d love to hear. 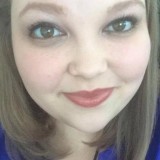