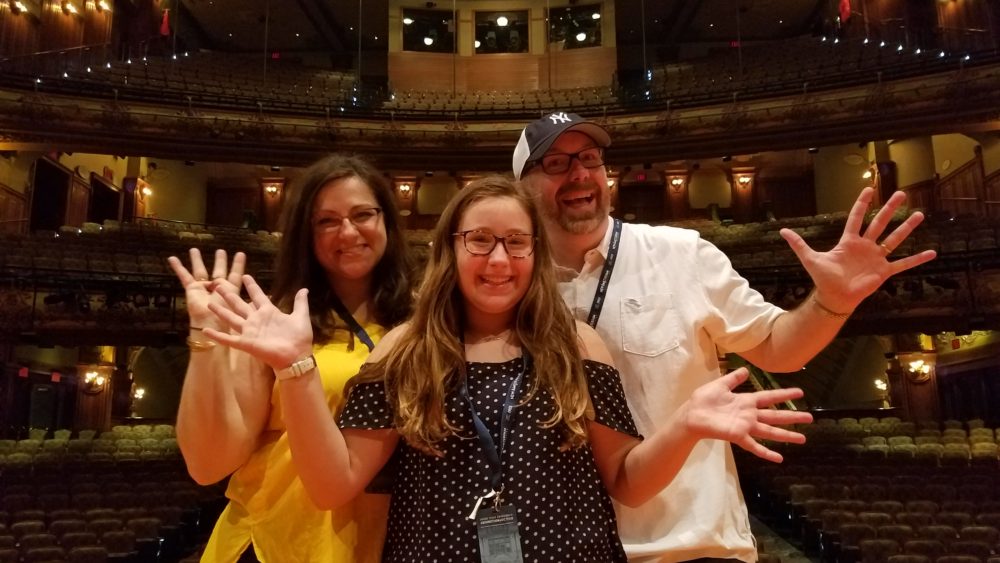 “Camp Broadway is a place where thespians can go to do what they love – surrounded by people who really love it too!” says Isla Welge, age 11, who will be attending Camp Broadway in New York City for her third summer in 2020. 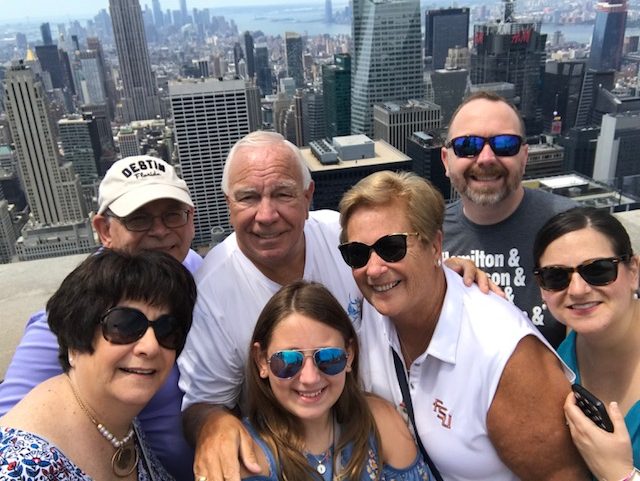 Isla Welge with parents and grandparents exploring NYC during the week of Camp Broadway Mainstage, Summer 2019

Camp Broadway is a family affair for the Welge’s bringing in grandparents from around the country to get together and spend quality time. Niki Welge, Isla’s mom, shared that the experience is wonderful for their family. 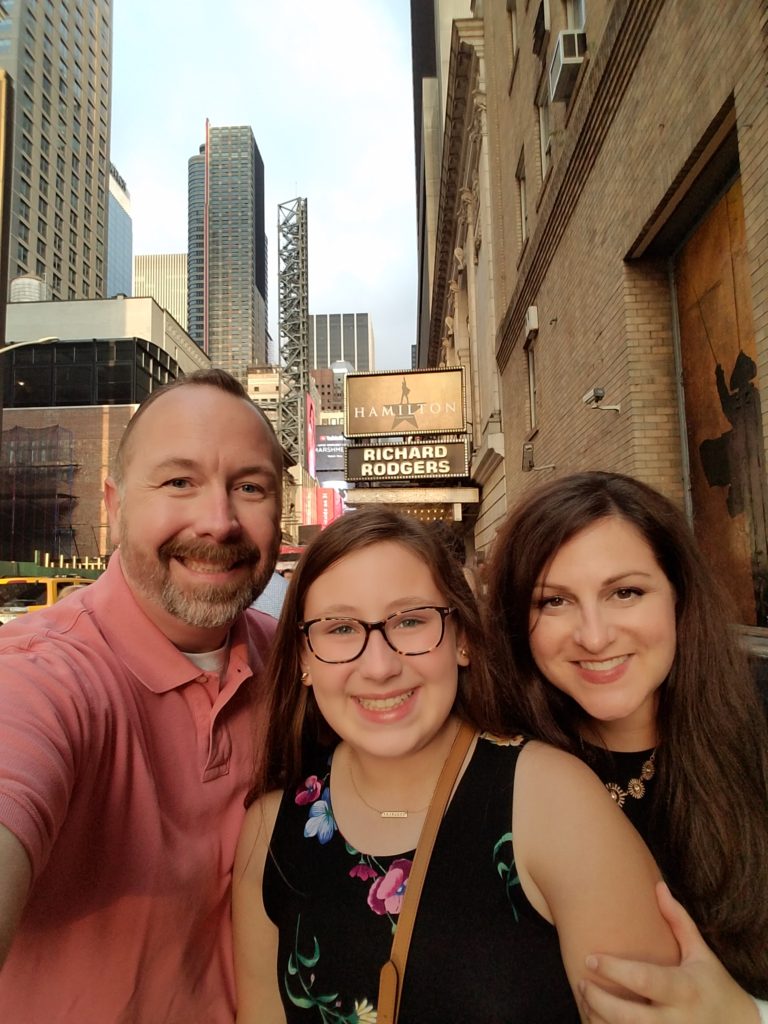 “Camp Broadway gave us the opportunity to allow our daughter to spend a week doing what she loves while learning from the best of the best in NYC – a city rich with history and passion for musical theatre. It’s not just another summer camp, it’s our family’s summer adventure!”

The Welge Family takes advantage of all NYC has to offer, last summer seeing six Broadway shows and taking a behind-the-scenes Broadway tour of the New Amsterdam Theater.

Niki went on to say “It REALLY brings families together. We invited Isla’s grandparents (who live in Florida and Pennsylvania) to attend the showcase at the end of camp and they were thrilled at an opportunity to see Isla perform on stage in NYC!

Additionally, Billy Welge, Isla’s dad, grew up in New Jersey, so there are lots of family and friends in the area that the Welge Family connects with as a perk to their Camp Broadway Getaway! 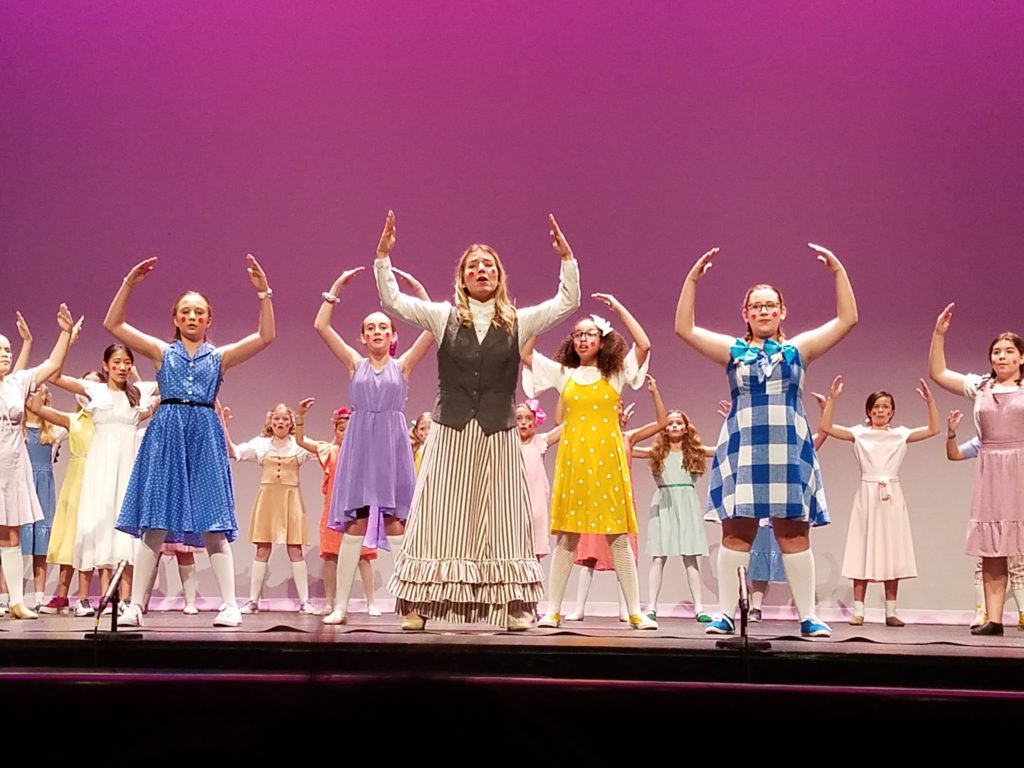 Niki shared “Because we live in Florida, my parents never get to see Isla perform, so they were SO excited to see her in the showcase. Plus, she was front and center in “Doll on a Music Box” – which made it even better. The choreography was SO cool!”

And at the center of all this theater-loving fun is Isla, having a blast with her new friends at Camp Broadway.

“I had an incredible experience and made life-long friends and memories. Camp Broadway is your place to shine in the spotlight!” 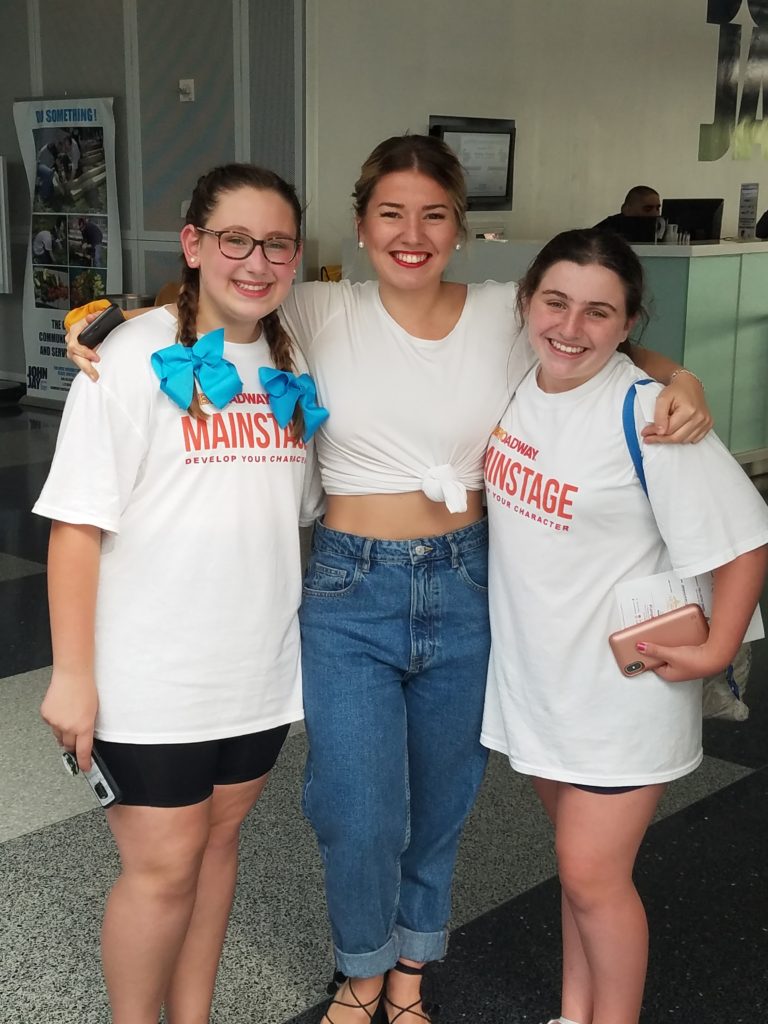 A special thanks to the Welge family for sharing your experiences! Are you a Family or a Camper that wants to share your story?