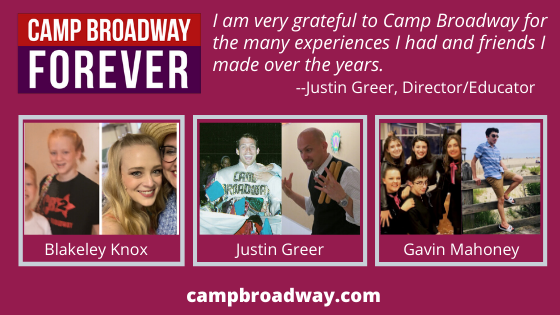 For our 25th anniversary, we have been thrilled to hear from alumni and members of Camp Broadway Forever. Over the last week so many of you have reached out and I am thrilled to share some highlights and flashback photos from your time at Camp Broadway below!

See you at the theater one day soon

Since Camp Broadway, Gavin has continued taking voice lessons and has been auditioning for TV, Theater, and Movie projects. He has most recently been accepted to the South Carolina Governors School for Arts and Humanities residential program starting this fall. He hopes to be back in NYC as soon as possible and will be applying to NYU for 2021. 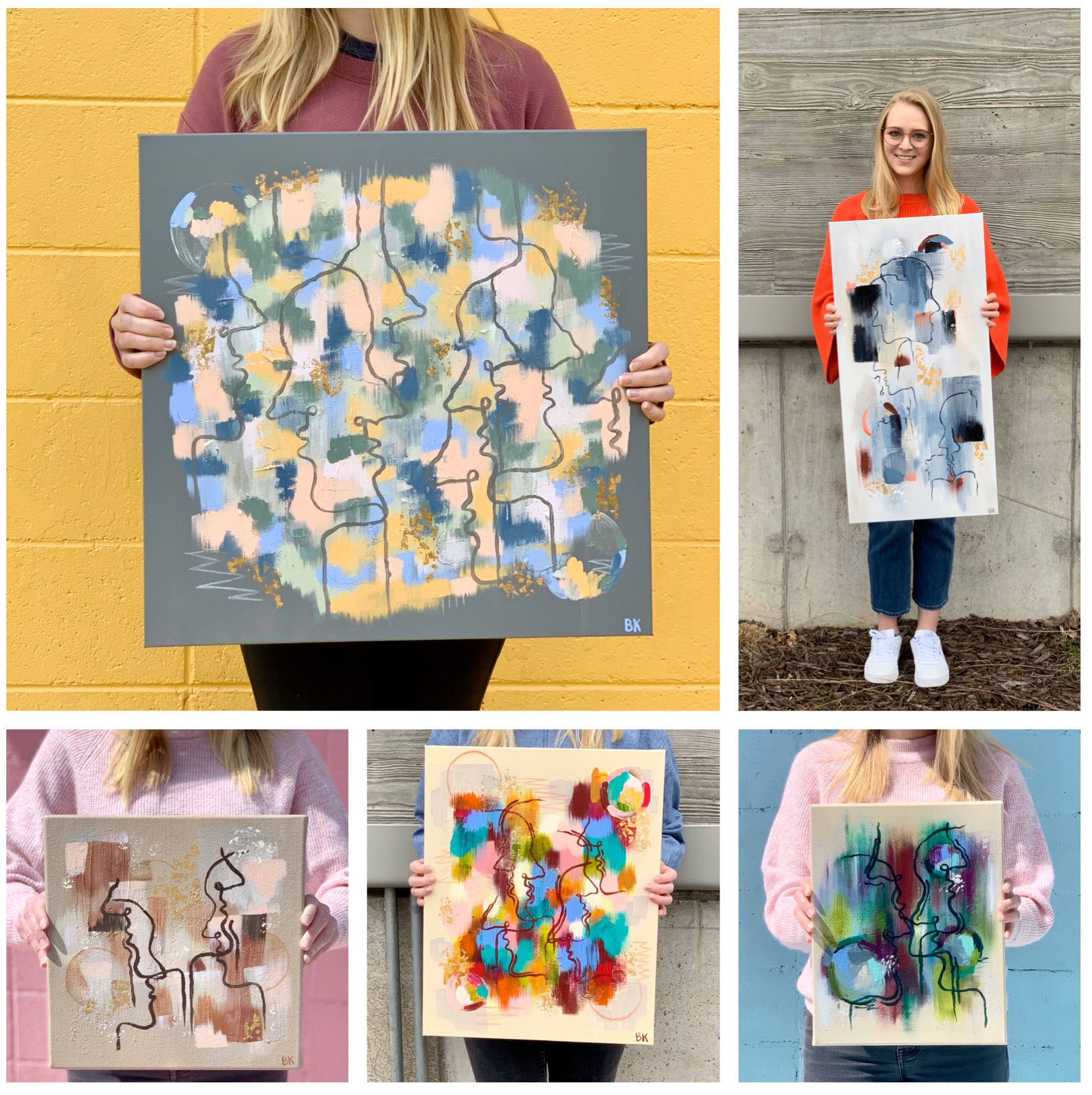 Camp Broadway helped ignite that artistic spark I had as a kid. I always looked forward to the summers I would spend up in NYC at Camp Broadway. It gave me an outlet to explore my artistic abilities and grow as an artist at a young age. Summers at Camp Broadway built the foundation for me to explore musical theatre at Stagedoor, Cap21, and throughout college. I learned so much about musical theatre, but also just basic life lessons that helped me succeed in other camps and schooling. 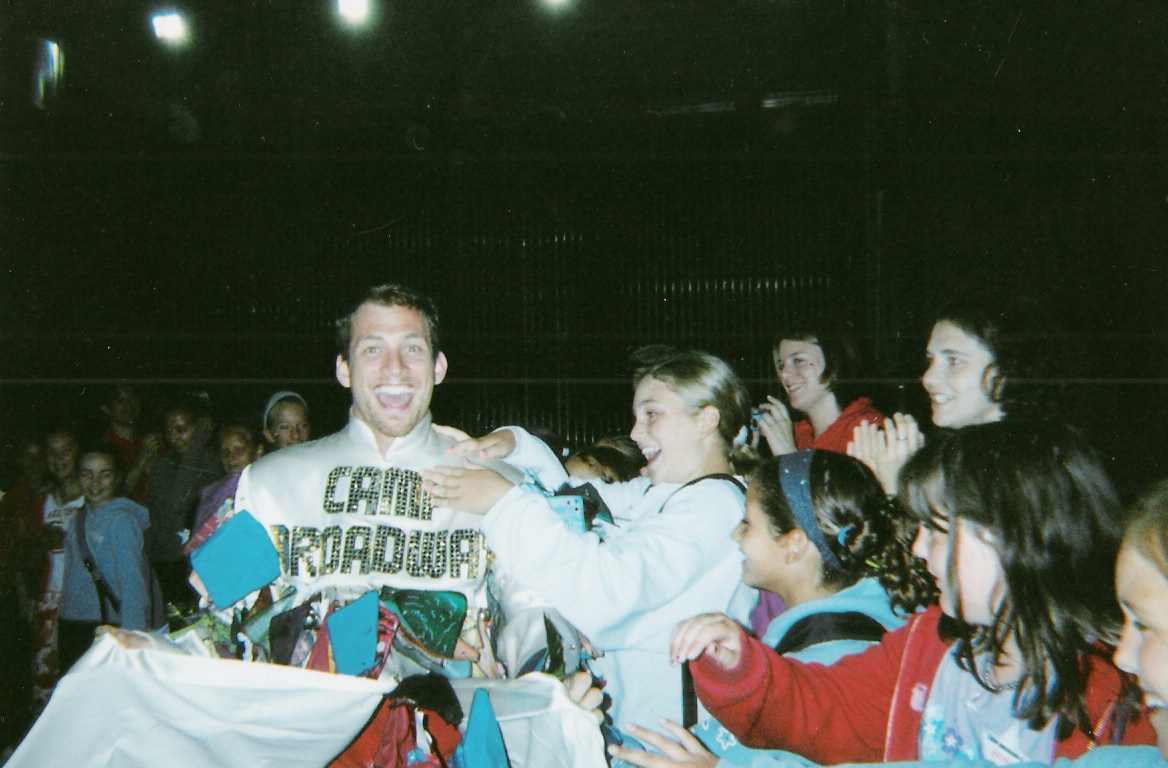 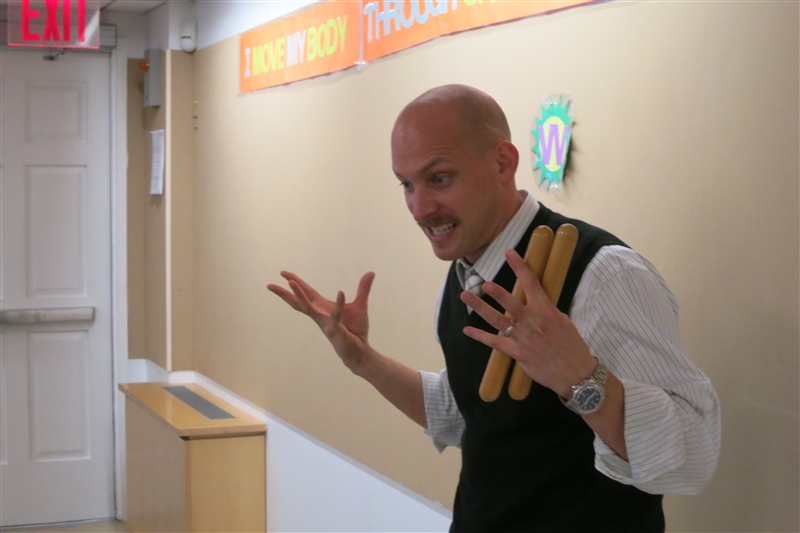 I was involved with Camp Broadway for many years as a choreographer, director, associate artistic director, and director of professional development. Camp Broadway played a big part in my eventually becoming a full-time performing arts teacher, as I developed my parallel career as an educator while I was still performing! Before retiring from Broadway in 2014, I performed in nine Broadway productions and am now a full-time faculty member of The Dalton School in Manhattan. I teach dance and theatre to grades K-3. I am very grateful to Camp Broadway for the many experiences I had and friends I made over the years.