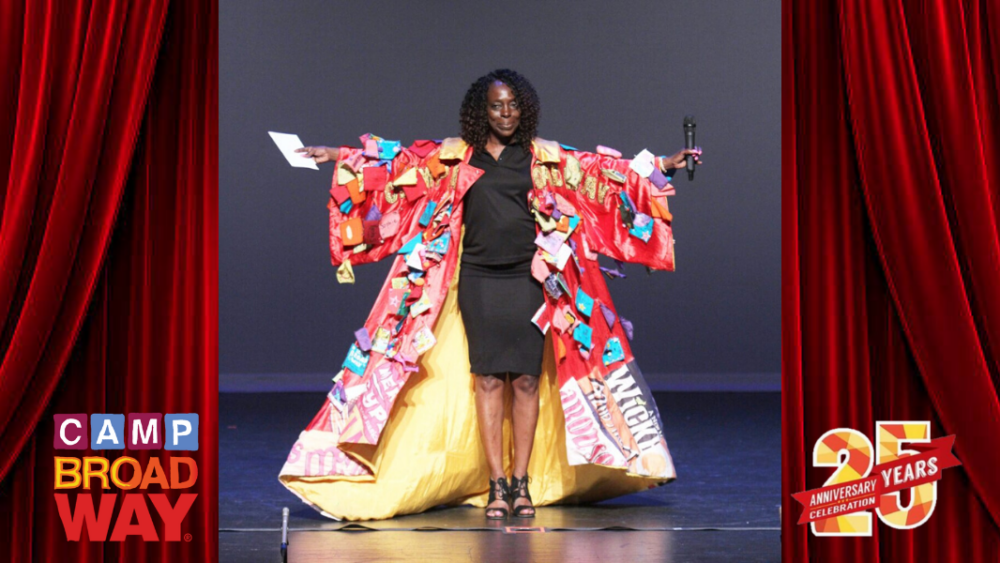 A New Legacy for Camp Broadway

Broadway’s “Gypsy Swatch” is getting a new name—The Legacy Project—inspired by the Actors’ Equity Association, who changed the name of the “Gypsy Robe” to The Legacy Robe in 2018.

The tradition of the Legacy Robe originally called the Gypsy Robe, began on Broadway in 1950, when a member of a Broadway musical chorus presented a tattered feather-trimmed robe to a friend performing in the chorus of Call Me Madam. This actor added a piece of fabric from Ethel Merman’s costume to the robe and passed it on to another chorus member who was performing in Guys and Dolls (the very musical Camp Broadway features at their 25th-anniversary camp). Since that time, a Robe has been passed from production to production, ceremoniously presented to an ensemble member of the show on opening night at Broadway musicals. The presentation of the robe is one of Broadway’s most enduring traditions.

Actors’ Equity Association, the trade group for professional stage actors, is the industry steward of The Legacy Robe. As with any good tradition, there are specific rules that the Legacy Robe adheres to:

Broadway dancer and Camp Broadway director/choreographer, Kristine Bendul, was a recipient of this famous Robe for her work in Twyla Tharp’s Come Fly Away. 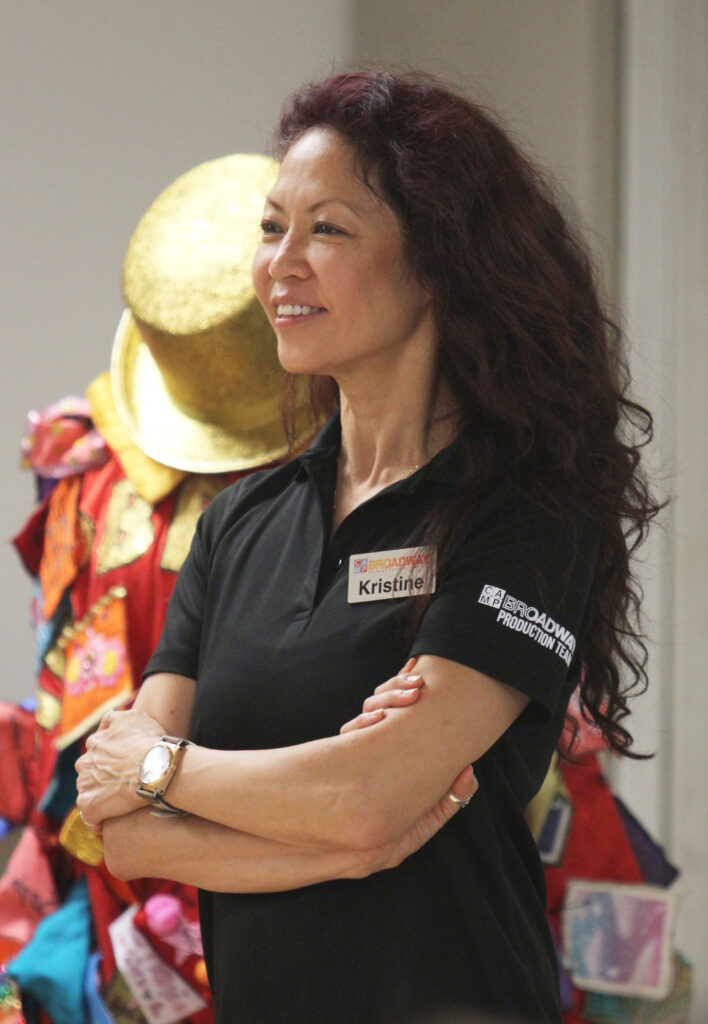 “You dream so big, hoping to land that Broadway show and then the stars align, and you can say you have finally made it on the Great White Way! You don’t think the excitement of an opening night on Broadway can possibly be topped, that is until you realize you’ve become the recipient of the Gypsy Robe. It’s an honor to recognized for all of the time and hard work you have invested to get you where you are. I know the name has since been changed to the Legacy Robe, but it will always be the Gypsy Robe to me in my heart. I am a true nomad and free-spirited person and I am blessed to have been a Broadway gypsy.”

Soon after the company opened in 1995, Camp Broadway put its own spin on this beloved Broadway tradition to enable theatre-loving kids to become part of the larger theatre community. At Camp Broadway, each camper is given a 6” x 6” fabric square, which is called a “gypsy swatch,” on which they are to create an original work of art to represent their unique “character”. (For many years, the fabric for these squares was donated to Camp Broadway by the wardrobe departments from Broadway shows to add extra authenticity to the tradition for the campers.) Each camper is then invited to take a bow in front of the camp cast and “pin” his/her swatch on our official robe—which travels from theatre to theatre across the country where one member of the Camp Broadway ensemble who has been attending camp for the most years gets to wear it for our family finale. By summer’s end, hundreds of separate colorful swatches have become one beautiful mosaic.

Camp Broadway choreographer and director Holly Raye had this to say about the company’s approach to this time-honored custom: 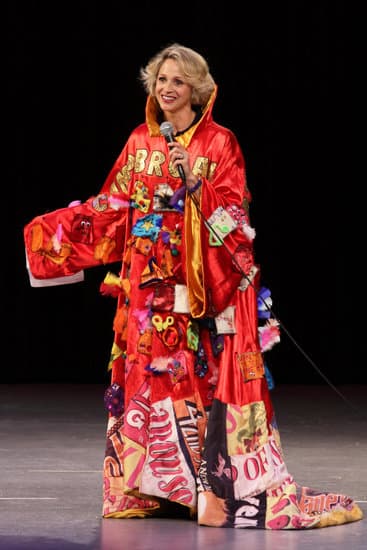 “There is so much history in the tradition of the [Legacy Robe] on Broadway because it honors the Ensemble performers who are the backbone of the show…When I started working with Camp Broadway in 2007, I was very excited to see how the company used the tradition of the Robe to teach campers the important lesson—that although they are part of a group each person plays his/her part in the overall success of the performance. Everyone at Camp Broadway loves this tradition and especially loves sharing it with the next generation of Broadway performers. The campers are fully engaged, and so happy for the recipient…you can tell they all want to be ‘the one’ one day.”

With more than 60 years of Broadway history embodied in the Robe, why the name change? While the word “Gypsy” was originally used to celebrate the ensemble actor/singer/dancer who traveled from show to show on Broadway, the term has taken on a negative connotation in recent years and viewed as an insult to the Roma people.

As artists, educators, and stewards of Broadways’ grand traditions, Camp Broadway LLC marks the company’s 25th anniversary by following in the footsteps of the visionaries who work we celebrate. As it was at the inception of the company and will continue to be ever so, Camp Broadway is committed to excellence and inclusion and welcomes audiences of all ages from everywhere in the world—all ethnicities and religions. The Camp Broadway Legacy Project will continue to be an important part of our annual programming. By doing so, the thousands of unique, colorful, and original works of art designed by each one of our campers, year after year, will symbolize the collective creativity and artistic contribution of future artists and audiences.

Cameron Chapman Author. Editor. Coach. Marketer. Screenwriter. Speaker. Entrepreneur. Consultant. I wear a lot of hats. What most of them have in common, though, is storytelling. I’ve been a storyteller my entire life. I love to experiment with different media and formats, different techniques and ways to engage others through the stories we tell.