Earlier in April, I had the opportunity to attend the opening night of The New York Spring Spectacular at Radio City Music Hall to cheer on Crista Moore, star of the Broadway stage, and pal of CB! Later, we caught up with Crista to learn more about her current featured role in the show. Crista talked to us about her background in ballet and transition into musical theater, the rehearsal process for the New York Spring Spectacular, and the colliding worlds of the Rockettes, dance, and musical theater. She also reveals where she finds inspiration and shares her advice for aspiring young performers. Check out this great Q&A!

1. You are a star of the stage, film, and television worlds. Can you tell us a little bit about how you got started performing? How old were you when you started? What made you want to pursue performing?

I began performing as a ballet dancer at the age of six. My mother had her own ballet school. When I was 14, I was offered full scholarships at both the School of American Ballet and the American Ballet Theatre School. I chose ABT, largely because of the company’s incredible repertoire, and I moved to NYC, where I lived on my own shuttling back and forth between the ballet school and high school for 10th grade. I performed as a supernumerary in some of the big ballets like Giselle, Petrouchka and Swan Lake, and saw firsthand the world of the company & dancers backstage. It was thrilling, impressive and surprising. By the time I was 17, I realized that as much as I loved that world and ballet dancing, I did not want to be limited to ballet only. I’d always loved to sing and act and my imagination was such an enormous part of who I was. So, at 17, I began my second career!

2. What have been some of your favorite roles and shows to perform in and why?

I’d have to say that Gypsy is definitely a favorite of mine, both as a show and a role. I fell in love with both Gypsy and West Side Story after seeing the movie versions on TV when I was 11 years old. Both were written by Arthur Laurents, so you can imagine how enormously thrilling it was to star in the title role of Gypsy for my Broadway debut, and then receive nominations for the Tony, Drama Desk and Outer Critics Circle Awards! Plus, working with Jule Styne and Stephen Sondheim was truly a dream come true. Some other favorite roles would include starring as Polly in the First National Tour of Crazy For You because I got to really dance, and the show is so fun. Also, playing Cinderella in the New York stage debut of Rogers and Hammerstein’s Cinderella with New York City Opera, because the role is literally a dream and involves a major transformation, which is my favorite thing to do.

3. How did you first become involved in the New York Spring Spectacular?  What made you want to be a part of this production?

Being offered the role in the New York Spring Spectacular was wonderfully serendipitous. I auditioned for Warren Carlyle for a completely different show that he was directing and even though I knew I wasn’t really right for that role, I auditioned because I’d heard amazing things about him as a director/choreographer. The next day my agent called to say that Warren had indeed felt that I wasn’t right for that part, but there was this lovely role in the New York Spring Spectacular, the brand new production at Radio City Music Hall which he was also directing and choreographing and asked if I’d like to do it. So, going on a positive feeling I had about it, and the opportunity with work with Warren and Diane Paulus, I happily agreed to do it without having even seen the script or auditioning for the part.

4. Was this your first time working with Radio City and the Rockettes?

My introduction to Radio City Music Hall and the amazing Rockettes was actually in 2009. I performed for four seasons (the last two of which were in Nashville at The Grand Ole Opry), in a principal role in their touring production of the Radio City Christmas Spectacular.

5. What was the creative and rehearsal process like to create this Spring Spectacular?

The rehearsal process for New York Spring Spectacular was exciting, invigorating and fascinating.I recall standing to the side of the rehearsal room one day when we were at a point of really being into the process, and asking one of the other cast members “How DO you marry a Spectacular with a Broadway type of show with plenty of production numbers but also time to tell the story in 90 minutes? I’m not sure you can really appreciate how much hard work, and in a sense, innovation went into this production in so many ways. Just when I’d think some aspect of it was un-solvable, a smart and time sensitive solution would be invented. Things were added, taken away, reworked, etc. to move the story ahead.

6. Who do you think this show is for and why? Do you think young children and teens would enjoy this production?

I can honestly say that if there was ever a show that has something for everyone, New York Spring Spectacular is it! Our audiences range in age from kids to teens to retirees. There’s romance as well as humor, so it’s also a fun date show. There are lots of amazing effects, including a scene where it really does rain onstage, with a huge splashy production number starring the incredible Rockettes, Derek Hough, and Jared Grimes. The show also includes a ton of fun celebrity video appearances throughout, 3D special effects, gigantic sets that take your breath away, a live orchestra, lots of amazing dancing, Broadway stars singing and giant puppets that require multiple puppeteers to operate them. You really do have to come to see the show to see how wonderful it is. Audiences have actually been loving the show so much that we have been extended through May 7! Our audiences give us so much enthusiastic feed back in the form of their responses and applause both during and at the end of the show. It’s so rewarding after all the hard work that went into it, all designed to delight and entertain audiences of all ages.

7. The Spring Spectacular brings so many worlds together in one show (Broadway, dance, pop culture, and the famous Rockettes) all in the setting of New York City. What is it like to be a part of something so collaborative?

The collaborative aspect, with all the different worlds coming together has been so exciting! We all feed off of, learn from and inspire each other! One moment Jared Grimes will be teaching one of the children in the show a new tap sequence just for fun, or the Rockettes will be showing me what a Rockettes bevel has to be, harder & more specific than an ordinary bevel. And they’ve educated all of us on the names they have for specific Rockettes positions, such “hand over hip”, or “HOH” and the exact way it has to be done. Of course Derek has his dance background in ballroom to add to some of the dancing. Sometimes I’d go home from rehearsal and my head felt like it was buzzing from all there was to take in. I love to learn and collaborate, so it’s been fascinating for me.

8. You have had a long career, filled with so many different shows and performances, what has inspired you through the years to keep performing?

I think it’s the interest in continuing to learn and grow and challenge myself that keeps me going. Just when I think I’ve been in just about every kind of show and role, in both musicals and straight plays, from comedy to drama on Broadway and off Broadway, something new that I would never have anticipated, such as New York Spring Spectacular comes along and it’s exciting all over again. And I’m so inspired by the talented and dedicated people I work with. This experience has been so rich with that!

9. What is your advice for young aspiring performers?

The best advice is the same as when I began. Have the humility to really do the work. Learn everything that you can. Be excited to learn from others, even when you think you’ve reached the pinnacle. Practice and explore YOUR instrument, which is YOU and uniquely yours. Be inspired by others, but find YOUR artistic self. Don’t be afraid to fail or look foolish in class or rehearsal, because you will. If you don’t, you’re not really risking and growing. Ask questions and consider the answers. Learn how to forgive yourself and others. And always, keep going!

10. What kind of experience will you be looking for next?

Next I’ll be doing some Master Classes and Workshops over the summer, which I’m looking forward to. There seem to be more and more opportunities to pass along the things I’ve learned in my career, and I really love it. I’m developing some new workshops specifically for Camp Broadway as we speak! I’ll also be working on my solo show and possibly developing a holiday show.  And I would really love to do a straight play again soon. 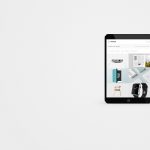 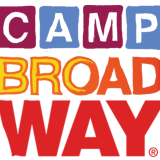