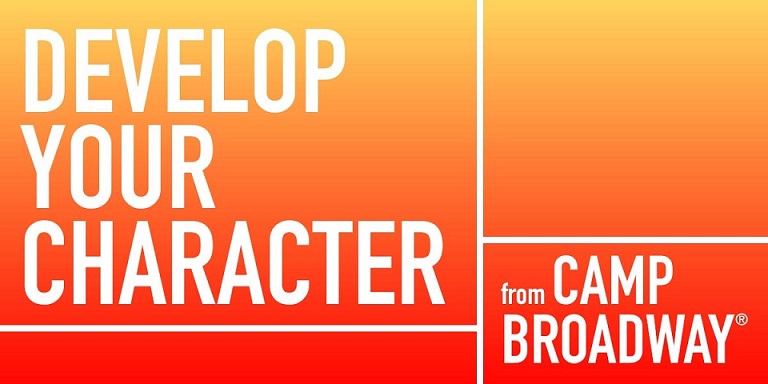 CB’s Featured Players Bring the Heat to Camp This Summer!

At Camp Broadway, there is a long-time tradition, like most summer camps, of having camp counselors lead groups. However, at CB, these group leaders are called “Featured Players” and are involved in the entire process of putting on a performance for family members at the end of camp. This week, I had the opportunity to interview several of this summer’s Featured Players!

Our first Featured Player is Didi Gomez, who started her career with CB when she met a friend who had been working as a Featured Player. She was inspired, had an interview with the staff of CB, and got the job!

What are your best tips for future campers?

Like I say to all my campers, CB is a safe space, and the best way to enjoy that short week is to feel free and open to try anything. Fear and judgment stay outside the door.

What is your most memorable moment from Camp Broadway?

There are so many memorable Camp Broadway moments… It’s usually when a camper who’s scared of trying to sing, or dance, or act, and they finally jump into that pool, and they realize how good they actually are. To see those faces of accomplishment and happiness all at once is one of the best feelings as a teacher. And I’m happy to say I have seen many of those faces throughout my 3 years with Camp Broadway.

Diego Rios first worked on the CB staff as an assistant stage manager after graduating from AMDA, and later moved on to being a Featured Player, which he has now been doing for the past four summers!

What is your favorite activity at CB?

Lunch!!  and not just because I get to eat some very yummy food but for me;  lunch is the time I get to see the kids get out of their shell and I get a sense of who they are and their potential! #We Are Always Watching!

What is your favorite part of the week at Camp Broadway?

Wednesday’s, because usually Wednesday’s are “special days” in Camp Broadway depending on the city we are in. Sometimes a special guest comes in and talks to all the kids, or if we are in NYC, we go and see a Broadway show, or perhaps there’s a different lunch (we got chipotle once in Vegas), it all depends on where we are.

Michael Hughes, who started out as an assistant stage manager for Camp Broadway, became a Featured Player because his goal “has become to inspire them to keep moving forward.  Whether that means helping them to become better performers, or simply helping them get out of their comfort zone and open up more,  I want to instill an inspiration that drives them higher.  I wanted to become a Featured Player to inspire these campers to think bigger, keep faith in their dreams, and most importantly, always have fun”.

What does “Develop Your Character” (the CB Motto) mean to you?

To me, this phrase means that we’re refining our skills and manners of working to ultimately be the best performer, and more importantly, human, that we can be.  Success in this industry doesn’t just come from raw talent.  While it certainly helps, a serious work ethic and gracious personality can help one go much further.  CB aims to instill that in their campers.

What is your favorite summertime activity?

There are so many! I love being outdoors and surrounded by nature.  Whether that means swimming, hiking, biking, tanning, etc.  But of course, as brutal as Manhattan summers can be, there’s nothing like finding a good rooftop to spend a night on in New York City.  Either at a restaurant or a friend’s apartment, a summer night’s breeze is one of the most refreshing sensations there is, made better by the beautiful NYC skyline.

Featured Player Isaak Olson auditioned to work for CB by chance, but says that his inspiration to return to the camp this year was all of his campers!

What are you looking forward to most this summer at CB?

There is a lot I’m looking forward to, but topping the list would be: singing SHREK all summer (Brian D’arcy James is king, so getting to sing his stuff is the best!); performing with alongside my friend Didi; as well as traveling and working with all the amazing CB staff… and, of COURSE, seeing the shining faces of new and returning campers!!!

What is your favorite thing to do to keep cool over the summer?

If I have it my way, I definitely love going for a swim in the pool (or better yet, at the beach)–but our schedule is pretty tight with everything this summer, so usually I have to settle for some AC and a strong fan

Do you have any favorite numbers or roles from previous CB performances?

Oh man, so many favorites, but gotta shout out to “Gotta Pick A Pocket Or Two” from my days as Fagin in Oliver–the fake beard I wore for that performance was made me look absolutely ridiculous, but I loved it. I also loved my summer of slicking my hair back: I played Chad in ALL SHOOK UP on the west coast, and then went and played Corny Collins in HAIRSPRAY on the east coast.

Special Thank You to Hallie Williams, Kerry Dineen, and all of my interviewees for making this possible.