CONNECTING YOU TO BROADWAY

Camp Broadway® LLC and livestream experts, Streamable Learning™, have teamed up to present AT THIS STAGE™, a series of conversations with Broadway’s experts!

Meet Broadway performers, designers, authors, career advisors, composers and more. Classes are FREE and use distance learning technology to provide access to K-12 schools, home school networks, colleges, senior living and community centers, as well as any individual who has an internet connection.

Camp Broadway’s AT THIS STAGE™ will be hosted by actress/educator, Anna Raful, agent/author, Michael Griffo and others. Audience members will have the ability to submit questions during the LIVE event.

Check out the schedule below to view upcoming guests and for a link to join. We’ll see you there! 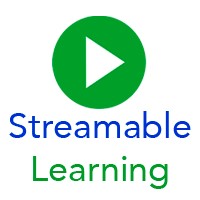 From the cast of Mrs. Doubtfire, we’re thrilled to introduce Charity Angel Dawson! She joins host, Anna Raful, for an upbeat Broadway conversation about the theater biz, performing, and pursuing dreams. In addition to her current role as Wanda Sellner in Mrs. Doubtfire, Charity has been seen in Waitress (Becky), the Broadway revival of Side Show (Fortune Teller) and more! Get your questions ready and join the session.

Charity Dawson is a graduate of the American Musical and Dramatic Academy and is currently playing the role of Wanda Sellner in Mrs. Doubtfire on Broadway. Some of her favorite credits include Waitress (Becky) the Broadway revival of Side Show (Fortune Teller) and the Off-Broadway production of Disaster (Lavora). Tours: Dreamgirls (Effie White), The Color Purple (Darlene). Regional: Ain’t Misbehavin’ at Portland Center Stage, Kiss Me Kate at Hartford Stage Company (Hattie), The Wiz (Evillene) and West Side Story (Rosalia). Charity would like to thank the creative team and the producers of Mrs. Doubtfire for this wonderful opportunity! Special thanks to The Mine Agency. Thank you for all you do! Love, love, love to her beautifully supportive family and host of friends who make this life worth living! Above all else, Charity is in love with The Lord and thanks Him for all the blessings and opportunities He has given her to join in His work. 1st Corinthians 13:4-8.

Join host, Michael Griffo, as he welcomes Award-Winning Multimedia Designer and Director, Jared Mezzocchi. This exclusive Broadway conversation provides insight into a highly unique and exciting aspect of theater. Learn about a career in interactive media arts and projection design from an expert who has been recognized for his innovative work and serves as an educator for talented young artists. You’ll be inspired by Jared’s directing and design portfolios which can be viewed at www.jaredmezzocchi.com.

Jared Mezzocchi received his MFA in performance in interactive media arts at Brooklyn College. He is currently on faculty at University of Maryland, College Park, where he leads the projection design track in the MFA design program. He is a resident artist at Woolly Mammoth Theater Company in DC and has directed and designed at theaters across the U.S. and in Europe including designing for Big Art Group, the Builders Association, Rob Roth, 3-Legged Dog, Herearts Center, and UTC #61.

Jared made his Off-Broadway debut at Manhattan Theatre Club with his projection design in Vietgone, written by Qui Nguyen and directed by May Adrales. In 2012, he received the prestigious Princess Grace Award; the first projection designer to be honored with this national theater award. In 2017, he received the first Lucille Lortel Award for the category of Outstanding Projection Design (Vietgone, Manhattan Theater Club). Additionally, Mezzocchi received a 2017 Obie Award and nominations for both an Outer Critics Circle Award and a Drama Desk Award. In spring 2017, Mezzocchi was accepted as a fellow to the MacDowell Colony.

In 2018, Mezzocchi wrote and directed an adaptation of Oliver Jeffers’ book, ”How to Catch a Star” at the John F. Kennedy Performing Arts Center. Most recently, Jared was co-director and projection designer for The Curios Incident of the Dog in the Nighttime at the Roundhouse Theater in Bethesda, MD. He received a 2020 Helen Hayes nomination for Best Directing.

Mezzocchi grew up in New Hampshire, where he returns every summer as the Producing Arts Director of Andy’s Summer Playhouse, an innovative children’s theater producing original work by professional artists from across the country.

Introducing award-winning international puppeteer, actor, and joy-maker, Joshua Holden! Named one of the “20 Theatre Workers You Should Know” by American Theatre Magazine, Joshua lights up the stage with his humor and innovation in The Joshua Show which has appeared in premier performing arts centers across North America.

You won’t want to miss this Broadway conversation with host, Anna Raful, as Joshua shares about his vibrant career that includes highlights like performing on the Broadway national tour of Avenue Q and freelancing for The Jim Henson Company as a puppet wrangler on Sesame Street! Join the session and bring your questions because there is so much to discover.

Joshua Holden an award-winning international puppeteer, actor, and joy-maker based in Brooklyn, was named one of “20 Theatre workers You hold Know” by American Theatre Magazine. He was on the Broadway national tour of AVENUE Q, the Lead Puppeteer in Peter Pan 360 (ThreeSixty Entertainment), and garnered an Arts Impulse award as well as an IRNE nomination for “Best Actor In a Musical” as Bill Snibson in Me & My Girl (Reagle Music Theatre of Greater Boston). He worked with international artist, Banksy, on his controversial piece Sirens of the Lambs, was the puppet wrangler for off-Broadway company of Avenue Q, and freelances for The Jim Henson Company as one of the puppet wranglers on Sesame Sreet! His one-man show, The Joshua Show, was awarded “Best Performance” and was voted “Audience Favorite” at the 2013 Puppeteers of America’s National Festival. The Joshua Show inspires audiences to be themselves and help make the world a better place through kindness and love.

A proud Massachusetts native and an alumnus of the Walnut Hill School for the Arts, he earned a B.F.A. in Acting from The Chicago College of Performing Arts, Roosevelt University.

Meet veteran of the Broadway stage, Cindy Thole! Cindy has worked with some of theatre’s true legends – Agnes DeMille, Twyla Tharp, Susan Stroman, Leonard Berstein, Arthur Laurents, and Mike Ockrent. A few of her Broadway performance credits include Me and My Girl, Singin’ in the Rain, 42nd Street, My Fair Lady, Nick & Nora and Meet Me in St. Louis. Cindy works professionally as a Director/Choreographer and as an educator at Fairleigh Dickinson University and Montclair Stage University. She draws on her experience as a performer to bring insight and inspiration to students and aspiring artists. Be sure to join the conversation with host, Anna Raful, as she welcomes Cindy.

Cynthia Thole is a veteran of the Broadway stage, having worked with theatre legends—Agnes DeMille, Twyla Tharp, Susan Stroman, Leonard Bernstein, Arthur Laurents, and Mike Ockrent. Broadway performance credits: Me and My Girl, Singin’ in the Rain, 42nd Street, My Fair Lady, Nick & Nora, Meet Me In St. Louis. National tours: 42nd Street, Oklahoma!, and Sugar Babies and the movie version of The Producers. Cynthia works professionally as a director/choreographer: Reagle Musical Theater, Theatre Under the Stars, Theatreworks USA, Allenberry Playhouse, Mill Mountain Theatre, City College, Penn State University and Camp Broadway. Cindy is currently preparing to remount A Christmas Carol the Musical for Susan Stroman at the English National Opera in London and is directing Singin In the Rain for the Reagle Players in Boston. Cindy is a Clinical Assistant Professor of Musical Theater at Fairleigh Dickinson University and teaches ballet in the Montclair State University dance program.

We’re excited to present this Broadway conversation with host, Anna Raful, and the ever-talented Joshua Turchin. Joshua is a 13-year-old professional actor, singer, composer, musician, music director, accompanist, dancer, and (we’re proud to say) Camp Broadway alumnus. He recently completed his run as the first ever young adult to perform in Forbidden Broadway show, Forbidden Broadway: The Next Generation. In this episode, Joshua tells about his experience as a young professional in the theater industry and shares with aspiring artists what he’s learned on his journey.

Joshua Turchin is a 13-year-old professional actor, singer, composer, musician, music director, accompanist, and dancer who recently completed his run as the first ever young adult to perform in a Forbidden Broadway show, Forbidden Broadway: The Next Generation (Off Broadway). He is currently in rehearsal for the new musical, Trevor, which is scheduled to open Off-Broadway at Stage 42 this April.

As a musician/composer, Joshua plays more than 11 instruments professionally, including piano, drums, guitar, accordion and ukulele. Recently his original musical (he wrote the book, music and lyrcis), The Perfect Fit, premiered at the Rave Theater Festival in NYC where it won awards for Best Book and Best Ensemble and received critical acclaim in the NY Times, NY Post and Wall Street Journal.

He is an accomplished actor, having toured in two Broadway National Tours, performed as Flounder in The Little Mermaid Live-To-Film at the Hollywood Bowl and recently worked on a developmental lab of a new Andrew Lloyd Webber musical. He is a regular comedy personality heard throughout the US on iHeartRadio, and his voice has been heard throughout the world on various animated series and commercials including Nick Jr., several Broadway cast recordings, and developmental works. He is the host and creator of The Early Night Show With Joshua Turchin, founder of Broadway Kids Jam, and musical directs and accompanies cabarets featuring other Broadway kids and adults at NYC venues including the famous 54 Below and The Green Room 42.